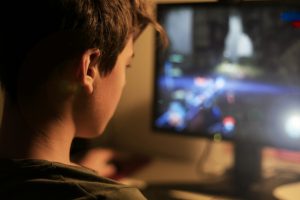 LAN connections have come a long way. Several experimental technologies came up in the early 1970s. It began with the Cambridge ring, then Ethernet and ARCNET. TCP/IP connections were first tried in 1983. It has now replaced most LAN connections.

LAN gaming involves the use of a local area network to connect computers or gaming consoles which are compatible. A connection is made between these devices with the use of a switch or routers. The main purpose is to enable playing of video games in multiplayer mode. Gaming, in general, began a long time ago. While LAN gaming is one of the earliest multiplayer gaming modes. LAN games can connect as few as two people to as many as thousands. The record for most connected devices was 17,403 as of 2013.

These games usually involved a connection between a few competitors. This has changed in that gaming centers have been set up where permanent installations have been created. Earlier, LAN games were only possible between personal computers. This was done using LAN cables. Now gaming consoles with LAN compatibility have been developed. This has given rise to a variety of options making it more fun.